YANGDA FW-320 is a reliable and affordable VTOL fixed-wing plane designed for long-range inspection, survey, aerial photography, agriculture, search and rescue and public safety applications. As a fixed-wing UAV with VTOL and hover capabilities, the FW-320 features a modular airframe that can be set up in less than 10 minutes, does not require runway or catapult to get airborne. Once in the air, the aircraft transitions to horizontal flight as a push-prop fixed-wing.

Tool-free assembly
Due to its modular airframe design, FW-320 fixed-wing plane can be set up in less than 10 minutes by a single man.

Long flight time
FW-320 airframe is using light-weight and high strength composite material, which will enable the fixed-wing plane to fly up to 2.5 hours at 23KG take-off weight, at an average cruising speed of 78KM/H.

Support color customization
You can choose your color for FW-320 VTOL drone.

What can the VTOL do?
Please click Here to learn more. 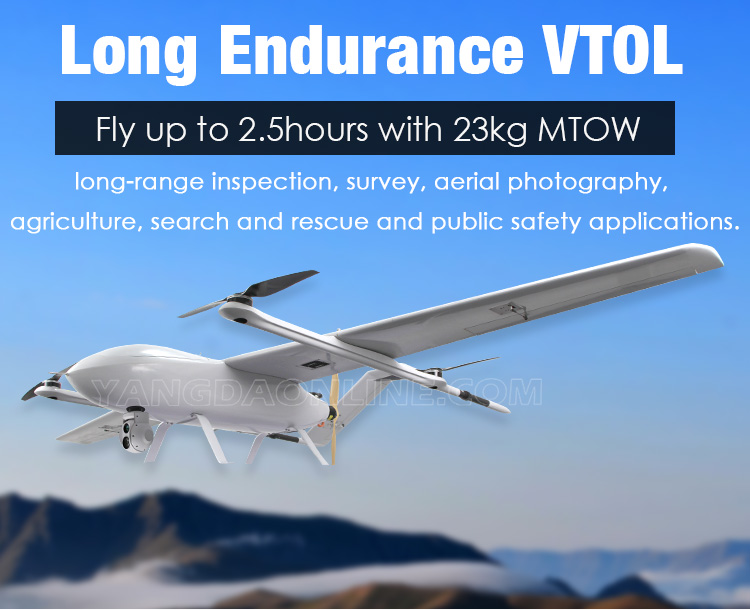 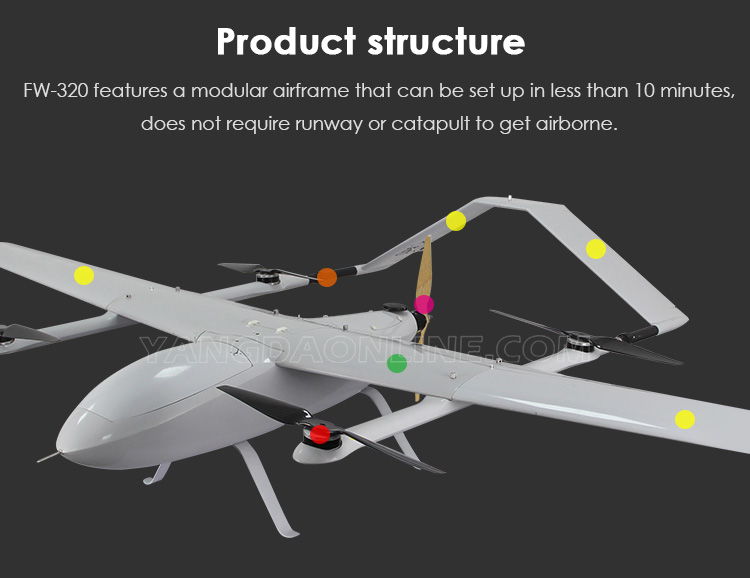 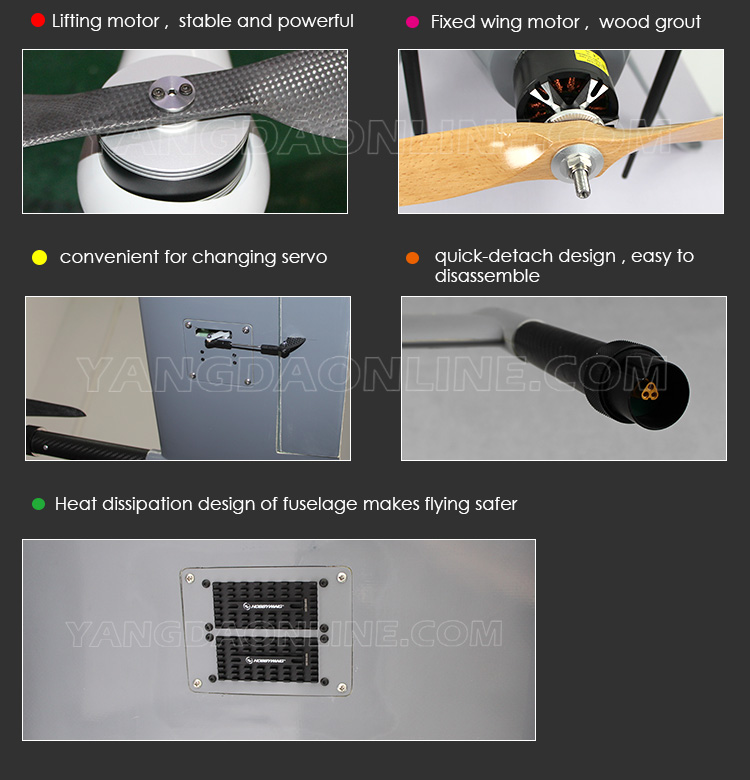 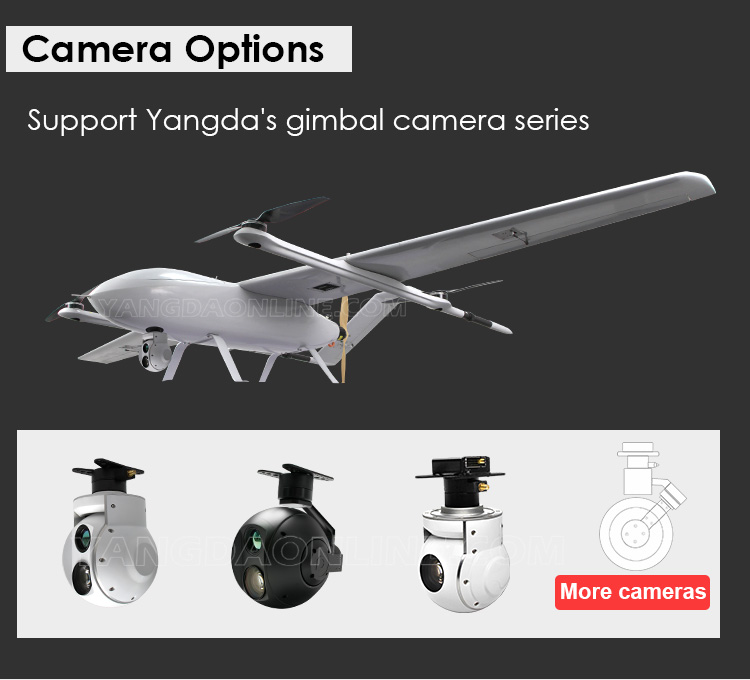 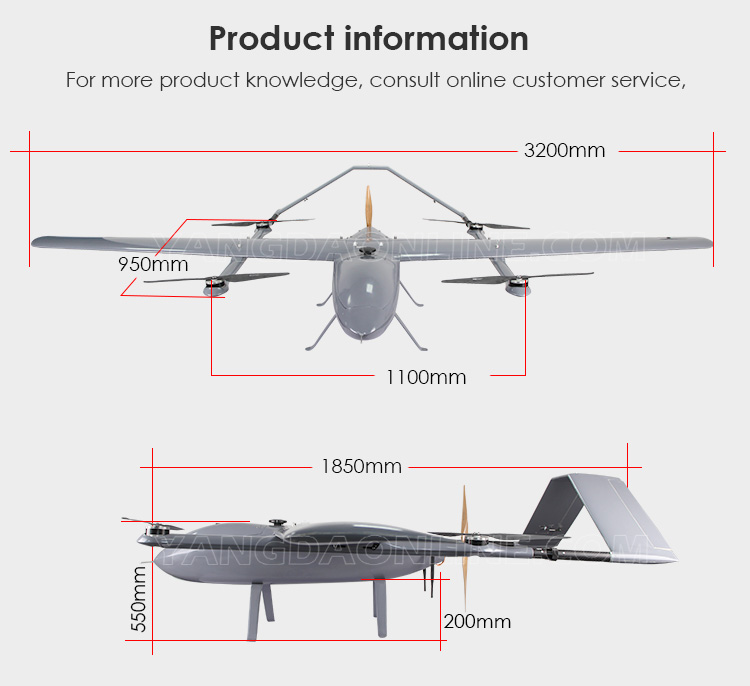 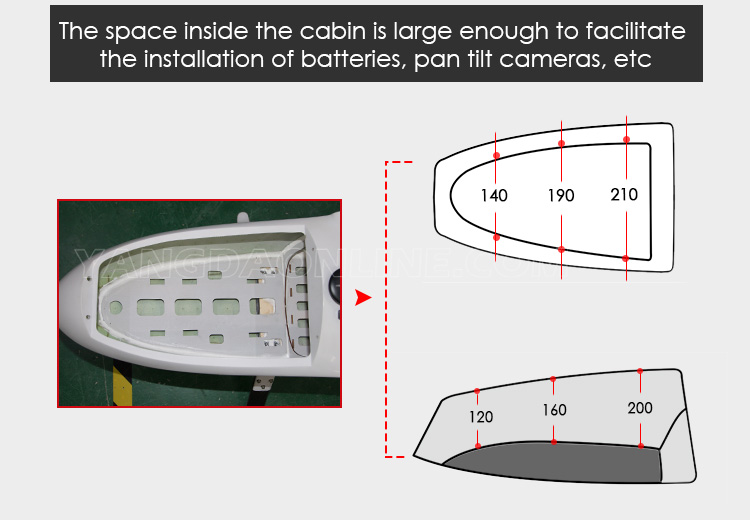 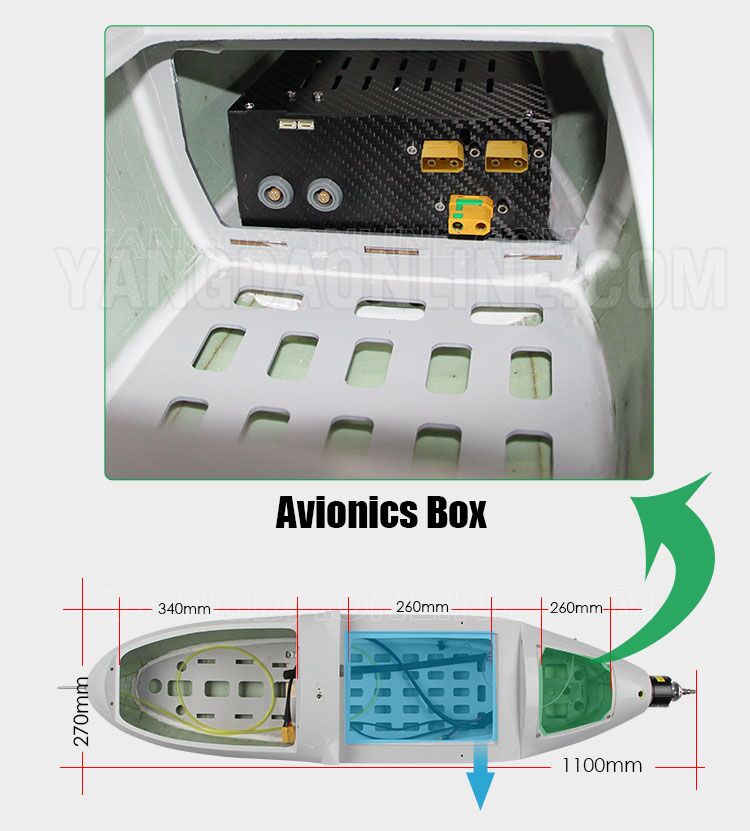 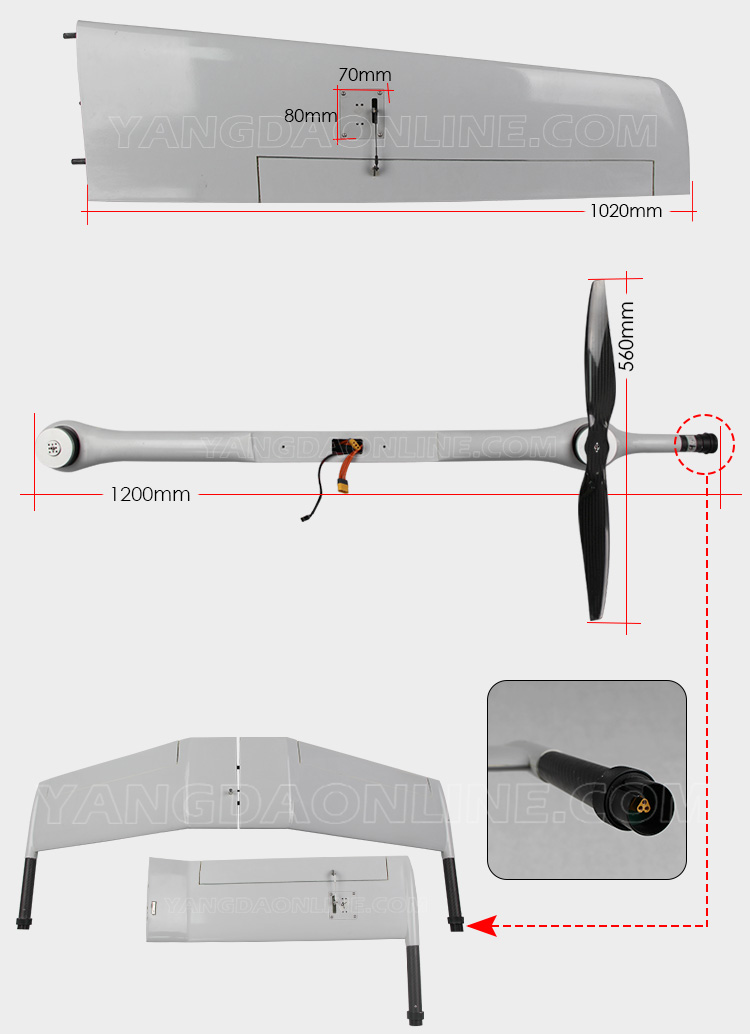 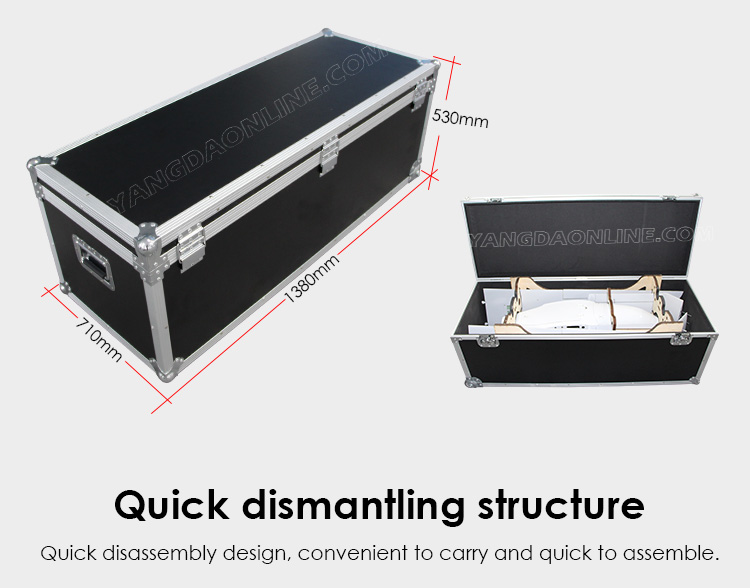 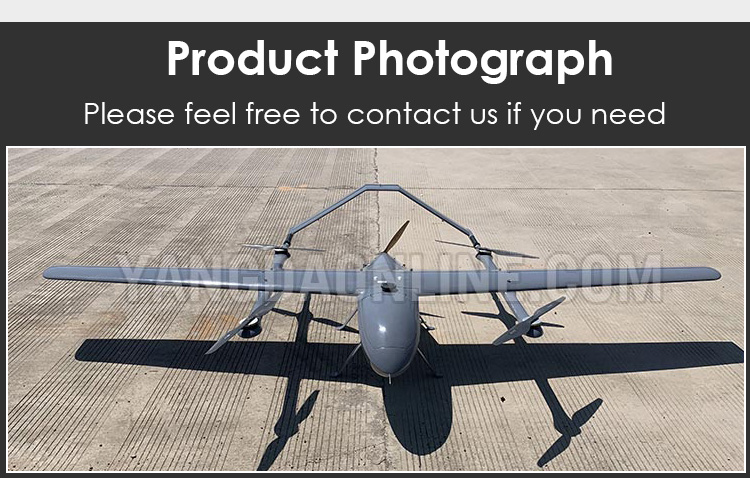 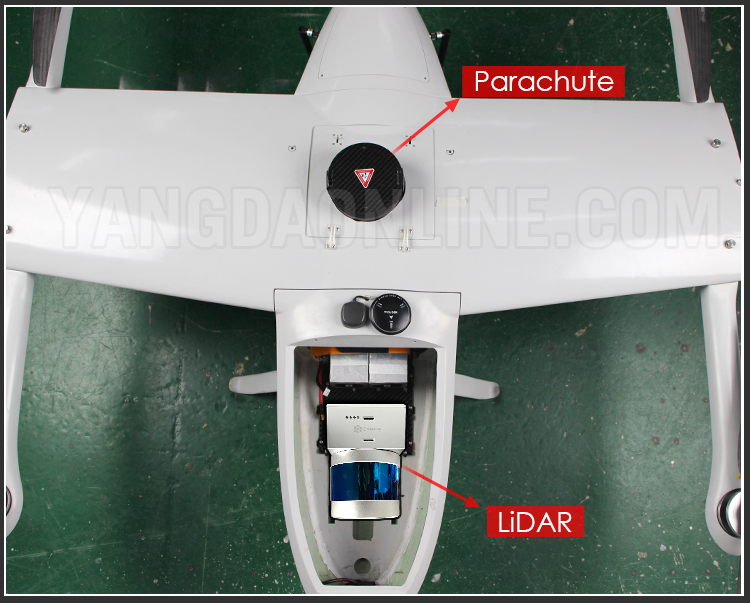 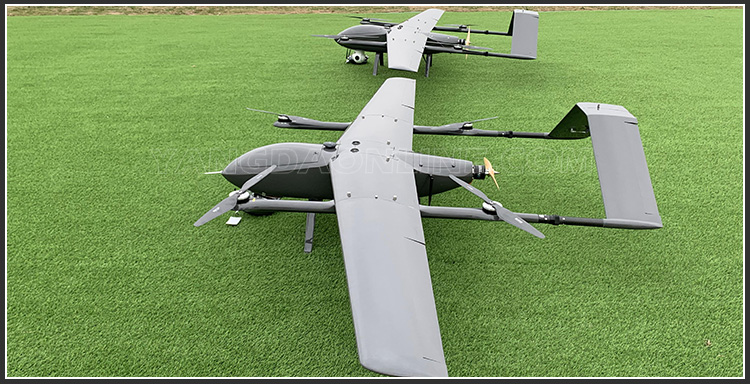 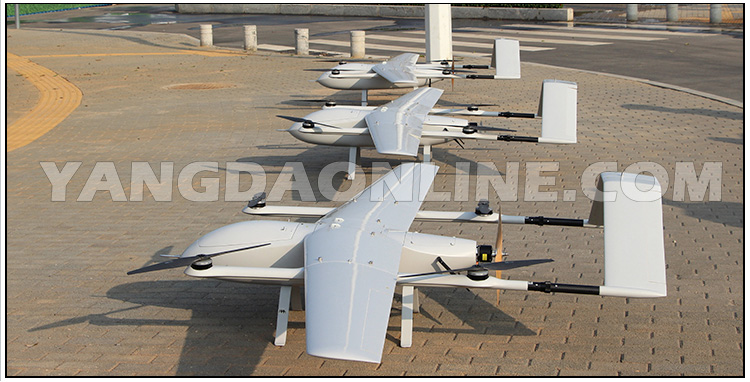 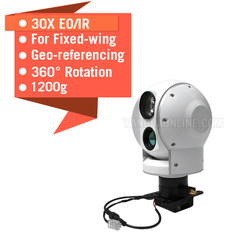 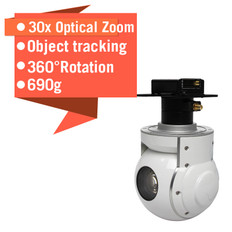